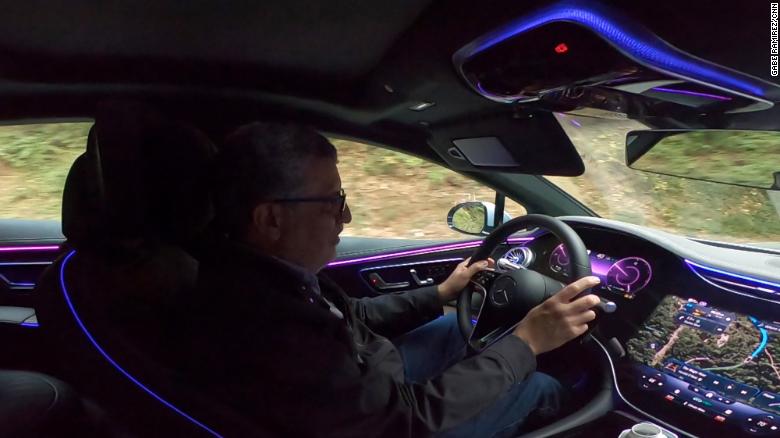 Half Moon Bay, California (CNN Business) – The all-electric Mercedes EQS may well be one of the most important cars in company’s history. And that’s saying a lot, because that’s a whole bunch of history.

Mercedes-Benz and its direct ancestor companies have been making internal combustion-powered automobiles longer than any company on Earth. Karl Benz applied for a patent on a gas-engined car in 1886, a decade before Henry Ford built his first car.

Throughout much of that history, Mercedes-Benz has remained a dominant maker of big luxury cars. Over the past few decades, if you wanted a nice, comfortable car for around a hundred thousand inflation-adjusted dollars, your handful of top choices would almost surely have included a Mercedes and maybe a few European competitors and maybe a Lexus.  —read more—