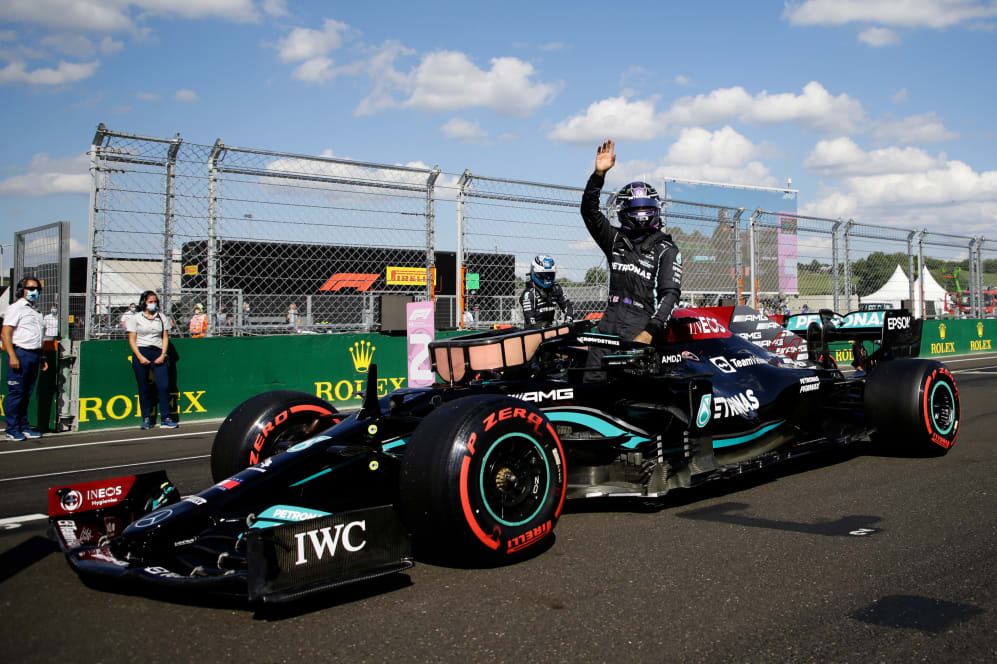 Lewis Hamilton took his first pole position in seven races with a scintillating lap in Hungarian Grand Prix qualifying, locking out the front row with Mercedes team mate Valtteri Bottas as the Briton’s championship rival Max Verstappen had to settle for third.

The seven-time world champion got the job done on his first run in Q3, setting a lap that was three tenths of a second quicker than his Red Bull rival.

On the second runs, Hamilton got out of the garage first and ambled down the pit lane, keeping an eye on his mirrors with Verstappen close behind. He continued to cruise all the way to the pit exit and while he picked up the pace, his out lap was slow and bunched up the field.  —read more—