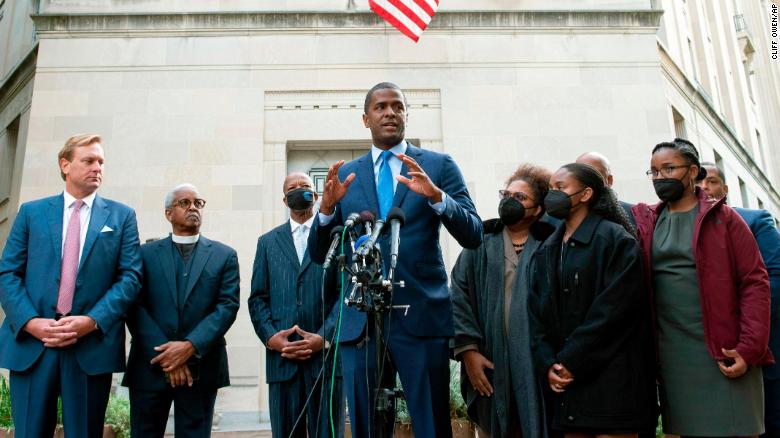 Bakari Sellers, the attorney for the victims’ families, speaks with reporters outside the Justice Department, in Washington, DC, on Thursday, October 28, 2021.

(CNN) – The $88 million settlement announced Thursday with survivors and the families of nine people fatally shot in 2015 at a historically Black church in Charleston, South Carolina, is a “big ‘F-you’ to White supremacists,” an attorney for the victims’ families said.

White supremacists have used the number “88” as a hate symbol for decades, but on Thursday, that number was reflected in the millions of dollars that the Justice Department will pay over FBI lapses that allowed Dylann Roof, an avowed White supremacist, to buy the semi-automatic pistol used in the massacre.  —read more—