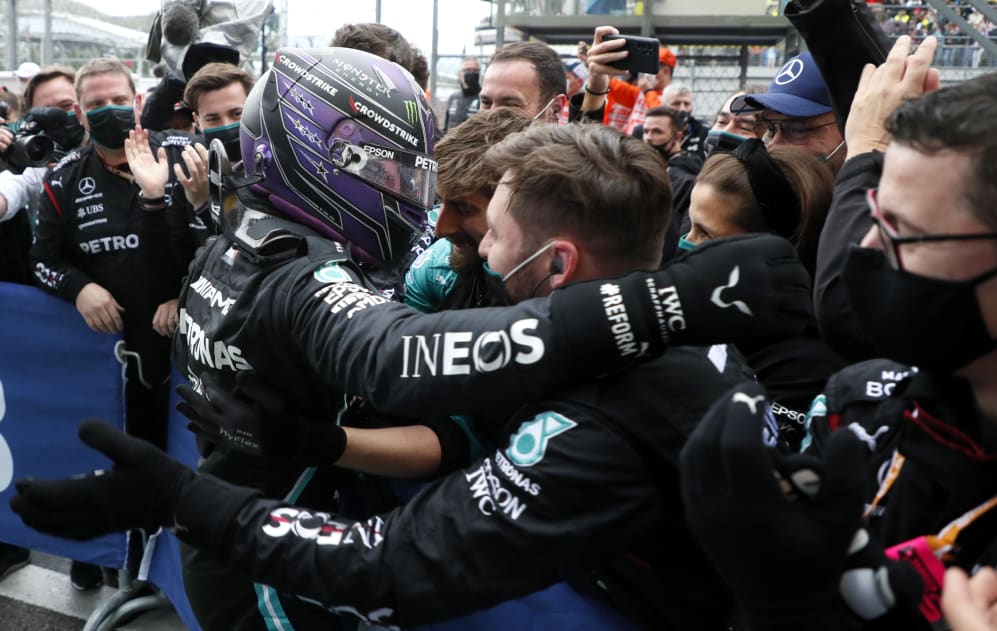 .Lewis Hamilton took his 100th Grand Prix victory in a Russian Grand Prix that started in dry conditions and ended under rain, the Mercedes driver making a late switch to intermediate tyres to take the lead when pole-sitter Lando Norris agonisingly slid out of the lead with just two laps left. Max Verstappen made it from P20 to P2, and Ferrari’s Carlos Sainz took third having started second.  Grid penalties were the talk of the town on Sunday morning with Valtteri Bottas the latest to take the hit, Mercedes putting a new power unit into his car to see him start 16th with the knowledge that Max Verstappen would start 20th (having taken a new Honda engine earlier in the weekend) and Charles Leclerc 19th with a new Ferrari unit.  As for tyres, there was a mix of mediums and hards on the grid with the first five drivers – Norris on pole, Sainz second, Russell third, Hamilton fourth and Ricciardo in P5 – on mediums, and only Fernando Alonso starting sixth, Sergio Perez (P8), Pierre Gasly (P11), Bottas, Antonio Giovinazzi (P17), Leclerc and Verstappen starting on the hard compounds.  —read more— More men are abandoning college. Professor explains why this is dangerous | CNN BUSINESS