(CNN) – Hackers breached the computer networks of a southeast Florida health care system in October and may have accessed sensitive personal and financial information on over 1.3 million people, the health care system announced this week.

Social Security numbers, patient medical history and bank account information are among the data that have been exposed in the breach of Broward Health, a network of over 30 health care facilities serving patients across roughly 2 million-person Broward County, Florida, according to a notice the health care provider filed with the Office of the Maine Attorney General.

About 470 of the data breach victims live in Maine. Like other states, Maine law requires organizations that hold state residents’ personal data to file a disclosure when they’ve been hacked.  –read more–

(CNN) – The news last week that David Bennett, a 57-year-old Maryland man, nearing death, had undergone cardiac transplant surgery with a genetically modified pig heart sent shock waves through the medical community and was hailed as a breakthrough in bioengineering, potentially ushering in a new era in solid organ transplantation. While our experience with this technology is still developing and much more research needs to be done, the operation and bravura science that made it possible provide a breathtaking glimpse into a future where patients will potentially spend days rather than months or years on a transplant list.   –read more–

Bill Gates has ‘never been a big New Year’s resolution person’ — why that’s smart, according to a clinical psychologist | CNBC make it

CNBC make it | Bill Gates has ‘never been a big New Year’s resolution person’ — why that’s smart, according to a clinical psychologist

Plenty of people make New Year’s resolutions. Bill Gates isn’t one of them.

“I’ve never been a big New Year’s resolution person. I don’t have any specific goal in mind for 2022,” the 66-year-old billionaire Microsoft co-founder wrote in his annual end-of-year blog post last month. “But what I do hope is that next year is a lot more settled than this one.”

Instead of setting goals for the coming year, Gates asks himself a series of questions that help him take “stock of [his] work and personal life,” according to his 2018 “Year in Review” essay. What went wrong over the past year? What went right? What does he hope for over the next 365 days?  –read more– 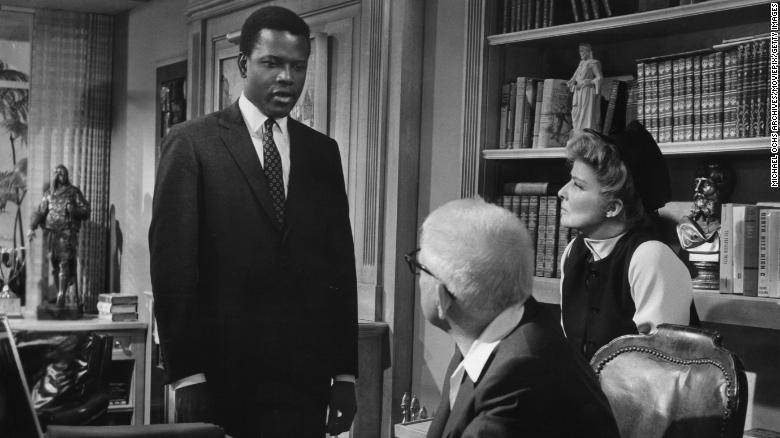 Sidney Poitier with Spencer Tracy and Katharine Hepburn in a scene from the 1967 film, “Guess Who’s Coming To Dinner.”

(CNN) – Sidney Poitier, whose elegant bearing and principled onscreen characters made him Hollywood’s first Black movie star and the first Black man to win the best actor Oscar, has died. He was 94.

Clint Watson, press secretary for the Prime Minister of the Bahamas, confirmed to CNN that Poitier died Thursday evening.

Poitier overcame an impoverished background in the Bahamas and softened his thick island accent to rise to the top of his profession at a time when prominent roles for Black actors were rare. He won the Oscar for 1963’s “Lilies of the Field,” in which he played an itinerant laborer who helps a group of White nuns build a chapel.  –read more–

Rafael Nadal on Novak Djokovic Being Held in Australia: ‘He Knew the Conditions’ | Bleacher Report

Bleacher Report | Rafael Nadal on Novak Djokovic Being Held in Australia: ‘He Knew the Conditions’

Rafael Nadal stressed the importance of vaccines and said Novak Djokovic knew what the rules were ahead of the Australian Open when he was asked about the situation surrounding the No. 1 men’s player in the world ahead of the tournament.

For many people, buying a home just wasn’t in the cards this year. There were too few homes for sale that were too expensive to buy.

Indeed, home prices have been on a tear, with third quarter home prices up more than 18% from a year earlier, according to the Federal Housing Financing Agency. And some analysts expect they will continue to rise significantly through 2022.

But those who got shut out of buying a home don’t have to miss out on rapidly appreciating real estate values.  –read more–

CNN Business – BMW unveiled this color-changing technology that lets a vehicle to go from black to white within seconds.  –watch–

Antonio Brown: ‘I Didn’t Quit’ on Bucs; ‘I Was Cut’ for Not Playing Through Injury

Bleacher Report | Antonio Brown: ‘I Didn’t Quit’ on Bucs; ‘I Was Cut’ for Not Playing Through Injury

In a statement released via his attorney Sean Burstyn, the wide receiver explained that he took off his jersey and ran across the field during Tampa Bay’s game against the New York Jets because head coach Bruce Arians had cut him.  –read more–