F1 | What tyres will the teams and drivers have for the 2021 Sao Paulo Grand Prix and Sprint? 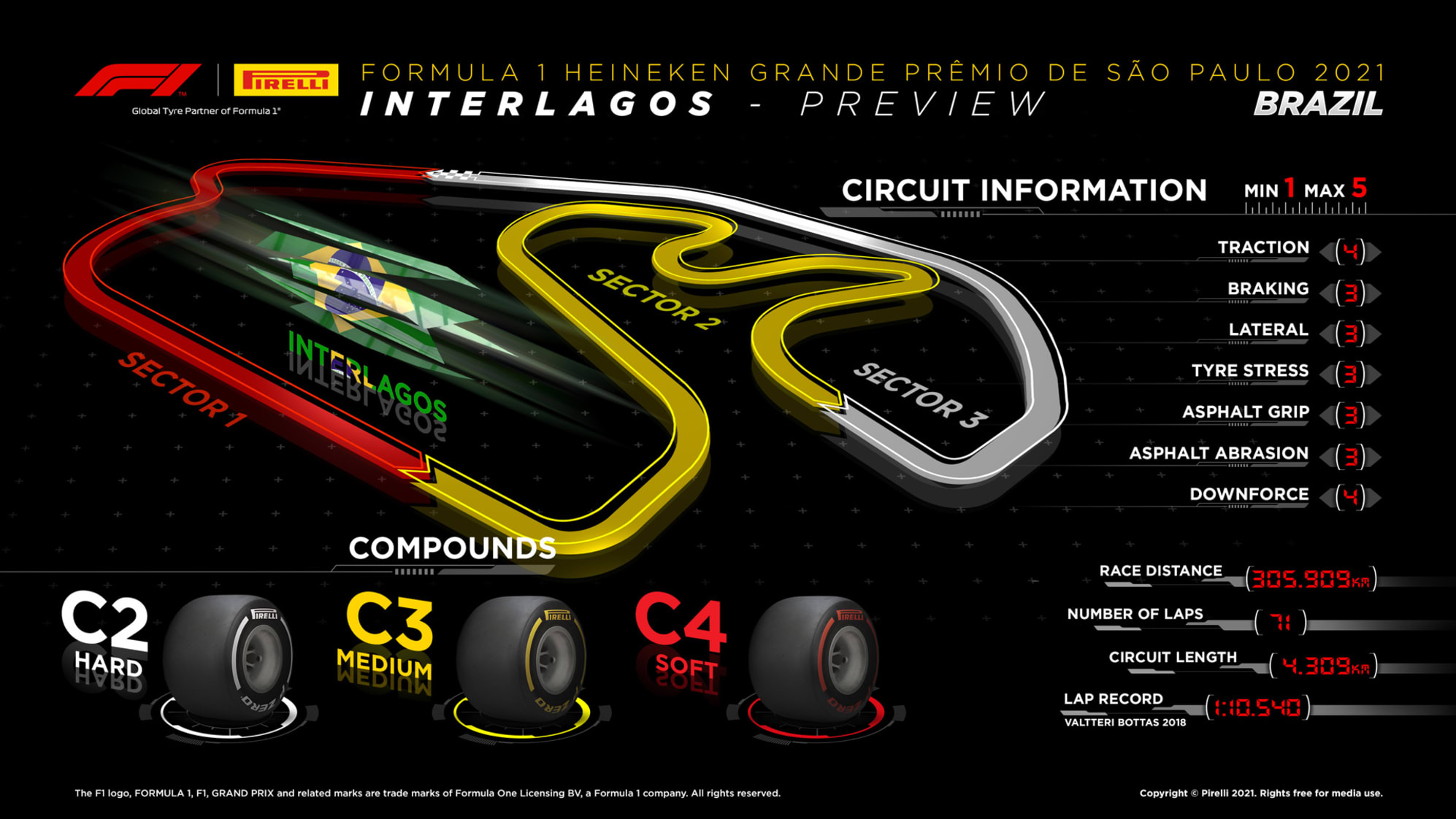 The third and final Sprint of 2021 beckons this weekend as does the Sao Paulo Grand Prix, with Interlagos returning to the calendar for the first time since 2019. Here are the tyre allocations for this weekend’s event.

Pirelli have nominated the hard C2s (x2), medium C3s (x4) and soft C4s (x6). That is the same nomination as it was in Mexico and the United States, but teams have one fewer set of tyres owing to the Sprint. However, these tyres are one step softer than they were in 2019 when Interlagos last held the Brazilian GP.

In case of wet weather, teams have up to six sets of intermediates and three sets of full wet tyres this weekend.  —read more—