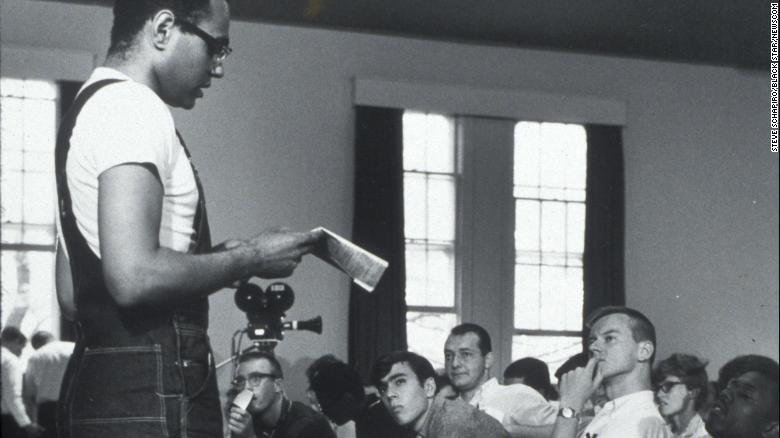 Bob Moses in 1964, speaking to civil rights workers during training for the Mississippi Project, an effort to register black voters.

(CNN) – Robert Parris Moses, who passed away this week at the age of 86, is the most important civil rights activist most Americans have never heard of. He died on what would have been the 80th birthday of Emmett Till, the Black boy lynched in 1955 whose open-casket funeral put the violence that defined Jim Crow Mississippi on national display.

Throughout his life, Moses shunned the limelight but, for a time during the first half of the 1960s, it came anyway. As the architect of Freedom Summer in 1964, Moses came to embody one of the Student Non-Violent Coordinating Committee’s (SNCC) most hopeful, enduring slogans: “Come, let us build a new world together.” Though historically Moses has not received the credit he deserved because he did not consciously seek the spotlight, the legacy of this giant was and is everywhere.  —read more—