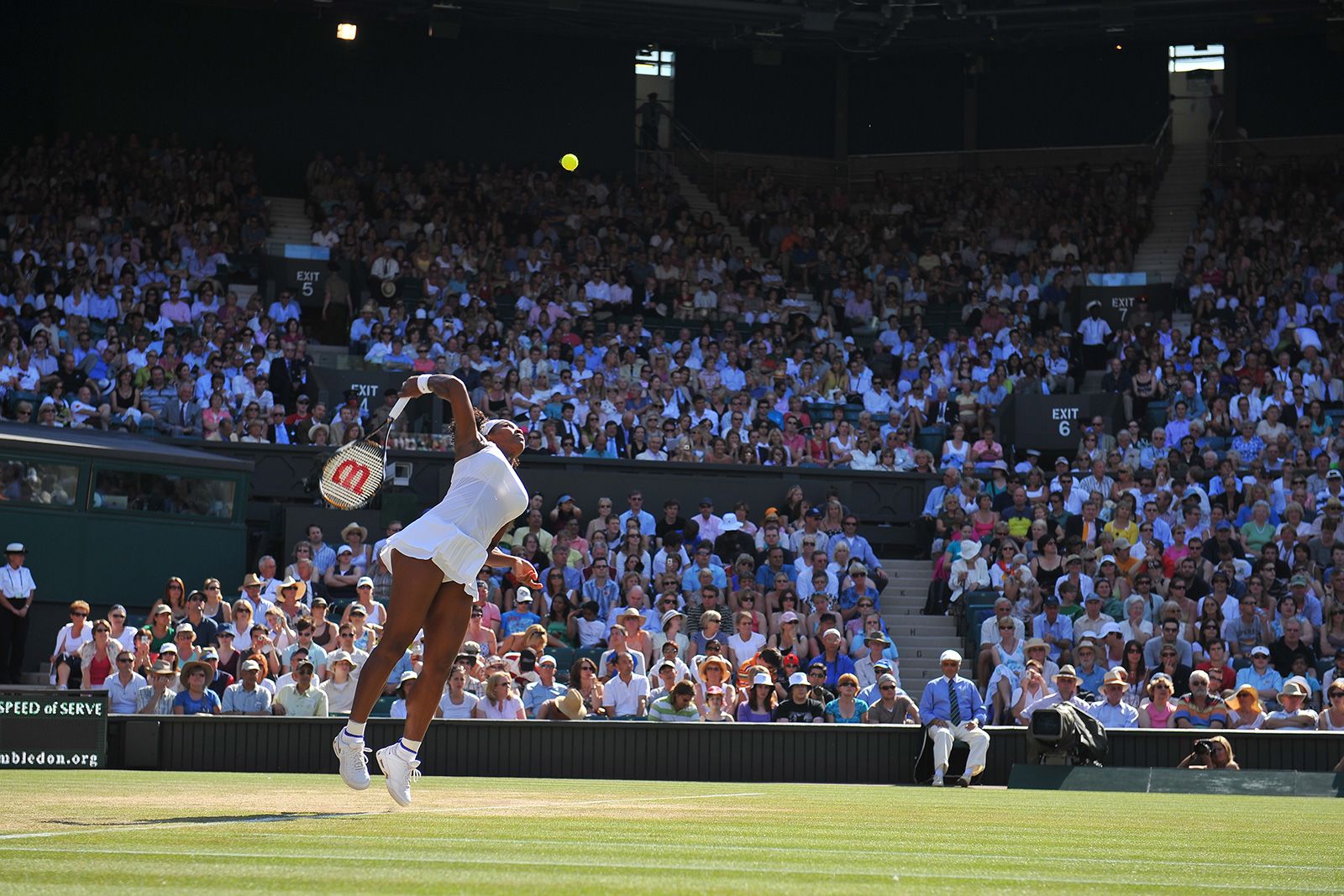 Serena Williams, one of the greatest tennis players of all time, announced Tuesday that she will “evolve away from tennis” after this year’s US Open.

“There comes a time in life when we have to decide to move in a different direction,” Williams posted on Instagram with a picture of herself on the cover of Vogue with the title Serena’s Farewell.

Williams, 40, has dominated women’s tennis for much of her career. She has won 23 grand slam singles titles, which is the most in the Open era and one behind the all-time record held by Margaret Court. She has also won four Olympic gold medals and over $94.5 million in prize money.  –read more–

Around 300 former Black NFL players are now eligible for financial compensation from the league’s $1 billion concussion settlement after their neurological tests were rescored to eliminate adjustments to test scores based on race.

Maryclaire Dale of the Associated Press reported Friday the cases of over 650 former players were reevaluated based on the updated test scores, which showed 51 qualified for compensation for advanced dementia and nearly 250 were eligible for financial support and further testing after showing signs of early dementia.  –read more–

New York (CNN Business) – The world of online shopping was long immune to inflation until Covid-19 turned everything upside down.

E-commerce prices began rising in June 2020, beginning an unprecedented stretch of 25 consecutive months of increases that underscored the severe price pressures hitting the US economy.

That streak has finally ended. Online prices declined by 1% year-over-year in July, snapping a string of nearly two years of persistent inflation, according to a report released Tuesday by Adobe.  —read more–

(CNN Business) – WhatsApp announced several new privacy updates on Tuesday, including the ability for users to check their messages without other people knowing.

The platform will soon allow people to control who can see when they’re online, prevent others from taking screenshots of certain messages, and leave groups without notifying entire channels.

WhatsApp has more than 2 billion users globally, and is owned by Facebook (FB) parent Meta. Announcing the changes on Facebook and Instagram, CEO Mark Zuckerberg said the company would “keep building new ways to protect your messages and keep them as private and secure as face-to-face conversations.”  –read more–

The rise and fall of Theranos: A timeline | CNN BUSINESS

CNN BUSINESS | The rise and fall of Theranos: A timeline

(CNN) – Four years after the top two Theranos executives, Elizabeth Holmes and Ramesh “Sunny” Balwani, were first indicted together on a dozen federal fraud charges stemming from their time heading up the failed blood testing startup, both have been convicted by juries.

Holmes, the founder and former CEO of Theranos, was found guilty on four out of 11 federal fraud and conspiracy charges in January after a months-long trial. Balwani, Theranos’ former president and COO who was also Holmes’ live-in boyfriend at the time, was found guilty on Thursday of ten counts of federal wire fraud and two counts of conspiracy to commit wire fraud.  –read more–

(CNN) – “The Beatles: Get Back” set a very high bar for musical nostalgia, but “My Life As a Rolling Stone” is no slouch, breaking the four band members into their own dedicated hours, with extensive access to the three surviving members and a who’s who of rock voices serving as the chorus. Yes, you can’t always get what you want, but for Rolling Stones fans, this should come close.

Narrated by Sienna Miller, the docuseries — playing on the BBC in the UK and on the Epix pay channel in the US — interviews Mick Jagger, Keith Richards and Ronnie Wood on camera, while leaving the musicians, managers and others with insight about the band as off-camera voices, keeping the focus squarely on the Stones.  –read more–

(CNN Business) – In the two decades since it was first included in products available to the general public, Bluetooth has become so widespread that an entire generation of consumers may not be able to remember a time without it.

ABI Research estimates that 5 billion Bluetooth-enabled devices will ship to consumers this year, with that figure expected to rise to 7 billion by 2026. Bluetooth is now in everything from smartphones to refrigerators to lightbulbs, allowing a growing number of products to connect to each other seamlessly — sometimes.  –read more– 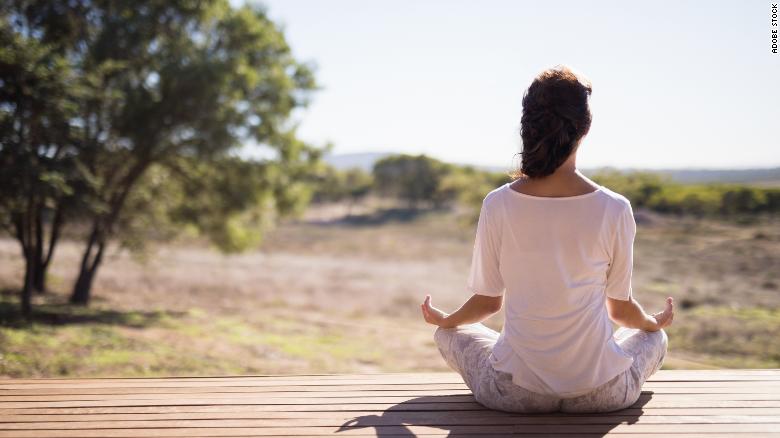 (CNN) – If you’re suffering from low back pain or have grappled with it in the past, you’re not alone.

As many as 577 million people globally experienced low back pain in 2017, a 2020 study cited by the International Association for the Study of Pain revealed. In fact, low back pain causes more disability worldwide than any other condition, according to the US Centers for Disease Control and Prevention.

In the US, it’s estimated that 80% of Americans suffer at least one episode of low back pain in their lifetime, with an additional 50% chance of recurrence within one year.  –read more–

One thing to talk about | CNN entertainment

CNN entertainment | One thing to talk about 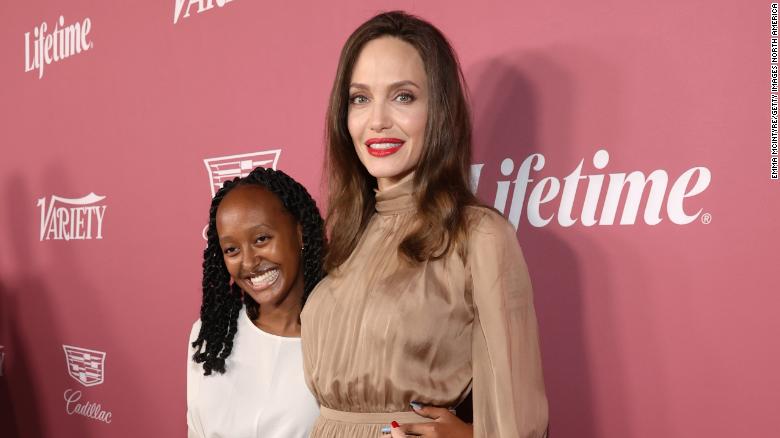 The news that Zahara Jolie-Pitt will be attending Spelman College in Atlanta is quite a boon to HBCUs.

As the daughter of Angelina Jolie and Brad Pitt, the teen had her choice of schools. And by choosing one of the best known of the historically Black colleges and universities to matriculate at, she brings a great deal of attention to the liberal arts college.

Her mother proudly announced Jolie-Pitt’s choice on social media, and the excitement for her was palpable.

I get it, as I count several Spelman graduates as good friends. A supportive sisterhood awaits Jolie-Pitt.

Good luck to her and all the incoming freshmen across the nation this semester.

Want to improve your relationship? The answer may be simpler than you think | CNN health Relationships

CNN health Relationships | Want to improve your relationship? The answer may be simpler than you think

(CNN) – Married and intimate couples are often looking for ways to maximize satisfaction and compatibility. Countless self-help books, seminars and relationship experts have weighed in on what they feel are the keys to a couple’s happiness and longevity. The ideas have varied quite a bit, including the amount of time spent together, shared interests and similar levels of intelligence, not to mention degrees of fondness and admiration for one another.

It’s often said that longtime partners develop their own language, a shorthand from building a strong bond. In the same vein, consider the five love languages, which are acts of service, gift-giving, physical touch, quality time and words of affirmation.–read more–