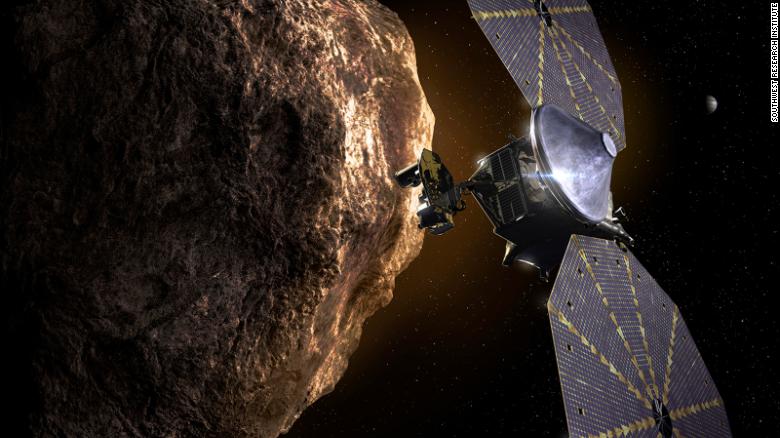 (CNN) – The first NASA mission to fly by a total of eight ancient asteroids is ready for launch.

Weather conditions will be 90% favorable on the morning of October 16, when the Lucy mission is set to leave Cape Canaveral Space Force Station at 5:34 a.m. ET. If it doesn’t launch at that time, the window for liftoff remains open for 75 minutes.

Lucy will embark on a 12-year mission to explore Jupiter’s Trojan asteroid swarms, which have never been observed. The Trojan asteroids, which borrow their name from Greek mythology, orbit the sun in two swarms — one that’s ahead of Jupiter, the largest planet in our solar system, and a second one that lags behind it.  —read more—