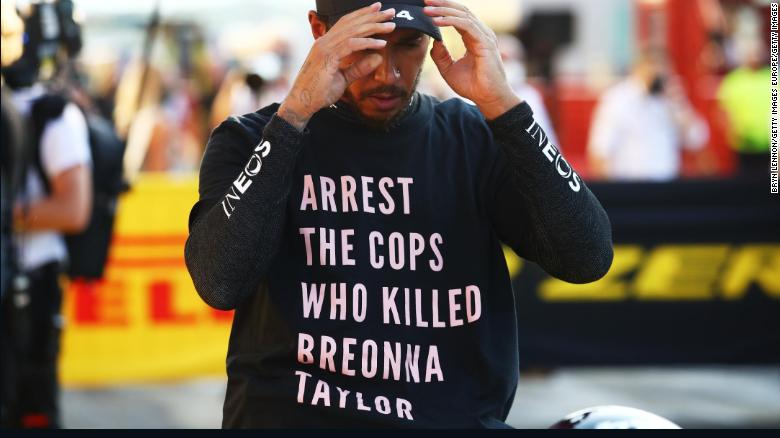 (CNN) – Lewis Hamilton wore a T-shirt remembering Breonna Taylor on the six-month anniversary of her death when he took to the victory podium Sunday after winning the Tuscan Grand Prix at Mugello, Italy.

The six-time Formula One champion’s shirt had “ARREST THE COPS WHO KILLED BREONNA TAYLOR” written on the front and “SAY HER NAME” above a photo of Taylor on the back. He wore the shirt before the race and at the podium ceremony.  —more—