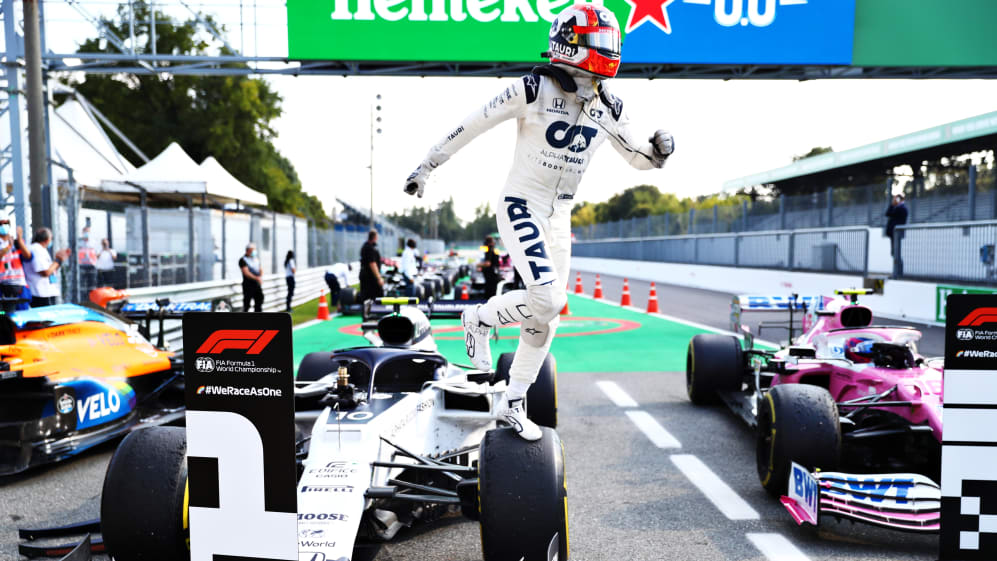 An incredible 2020 Italian Grand Prix saw AlphaTauri’s Pierre Gasly claim a maiden Formula 1 win from the McLaren of Carlos Sainz and the Racing Point of Lance Stroll, as a transgression under the Safety Car saw polesitter Mercedes’ Lewis Hamilton forced to serve a 10-second stop/go penalty, leaving him seventh at the flag.

The race was turned on its head by a Safety Car brought out as Kevin Magnussen’s stricken Haas had to be recovered. But with Hamilton diving into the pit lane when it was closed (as did Alfa Romeo’s Antonio Giovinazzi), he was handed his penalty – which he served after the race was restarted on Lap 28 of 53, following a 25-minute red flag period after Charles Leclerc crashed heavily at the Parabolica.  —more—