(CNN) – The holidays are going to be a little different this year because of the Covid-19 pandemic, but NORAD says it will be ready to track Santa Claus and his reindeer as they make their annual flight.

The North American Aerospace Defense Command, which is responsible for protecting the skies over the US and Canada, says it will be ready to follow Santa on December 24 as he flies from the North Pole to visit children’s houses all over the world.  —read more—

Home sales are off the charts | CNN BUSINESS

CNN BUSINESS | Home sales are off the charts

Even amid a global pandemic and high unemployment, people are still buying homes at the fastest rate in years.

Home sales rose again in October, at their highest pace in 14 years, according to the National Association of Realtors.

But a record low inventory of available homes and a greater number of luxury homes sold have pushed the median home price up to a record $313,000, almost 16% more than a year ago. Total housing inventory dropped 3% from September and is down nearly 20% from a year ago.  —read more—

The GOAT? Our writers on whether Hamilton is the greatest, if 2020 is his best season, and more | F1

F1 | The GOAT? Our writers on whether Hamilton is the greatest, if 2020 is his best season, and more 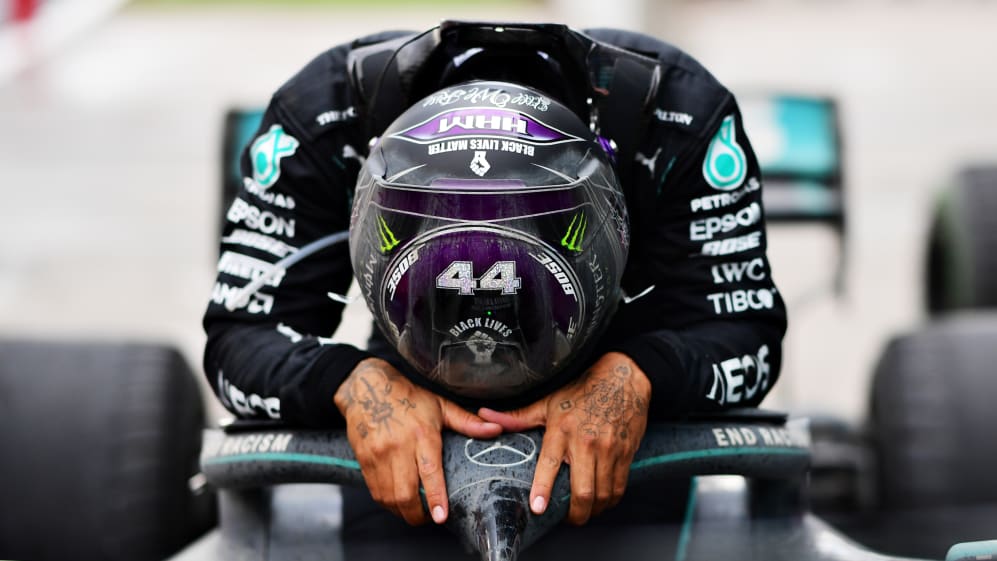 Where does this one rank in terms of Hamilton’s best title wins?

Will Buxton (Digital Presenter): Was it his most keenly contested championship? From an on track perspective, it’s not even close to being the toughest fight of his career. Both his and Mercedes’ expected rivals never mounted the challenge we expected but that’s not to say he’s had it easy. He’s still had to deliver, every weekend, and to rise above the unique challenges of the season. They have been mental and physical, he’s fought foes visible and metaphorical, and he’s raised his level in all regards to emerge a better racer and bigger man.  —read more— 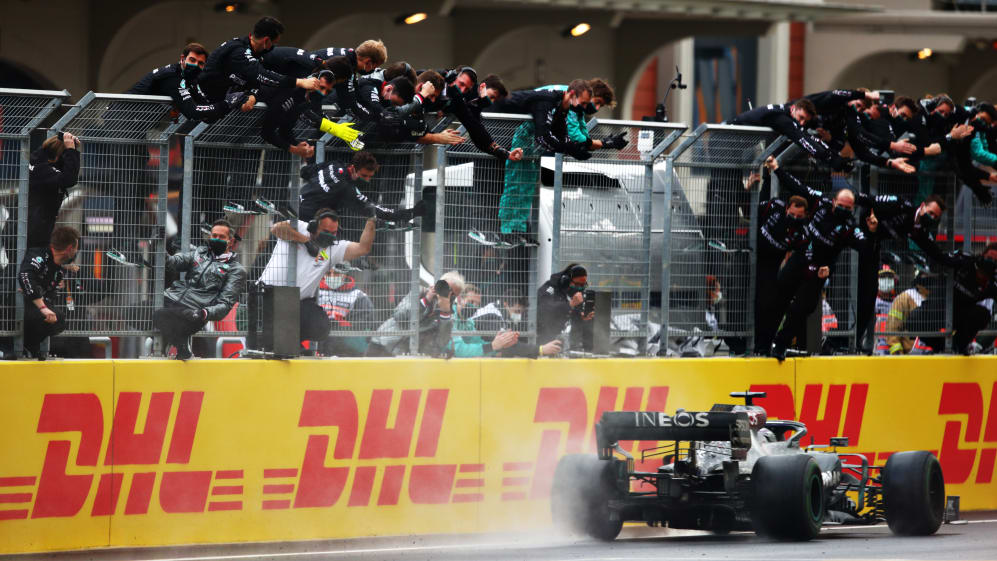 A stunning drive from Mercedes’ Lewis Hamilton in the Turkish Grand Prix gave him his 10th victory of the season – and, more crucially, saw him claim the seventh drivers’ title of his career, to equal the record of Michael Schumacher, as Racing Point’s Sergio Perez and Ferrari’s Sebastian Vettel completed the podium after a thrilling race in Istanbul.

Hamilton had started the race in sixth, risen to third midway through the first lap and then dropped back to sixth by the end of Lap 1 after an error at Turn 9. But a decision to change his intermediate tyres just once saw Hamilton drive a masterful race to claim victory by over 25 seconds from Perez.  —read more—

(CNN) – Thanksgiving typically means two things: lots of food and lots of family time. But this year, with Covid-19 numbers soaring, the city of Chicago would prefer if its residents nixed the latter.

As cases of Covid-19 continue to rise in the city, Chicago has issued a stay-at-home advisory — encouraging residents to stay home and only leave for school, work or other essential needs, according to a news release issued Thursday. That includes seeking medical care, grocery shopping and picking up food.

The order, which begins Monday, extends through Thanksgiving festivities. Residents are “strongly advised” to not have guests in their homes outside of essential workers — even family and close friends.  —read more—

The economy as we knew it may be over, Fed chief says | CNN BUSINESS

CNN BUSINESS | The economy as we knew it may be over, Fed chief says

New York (CNN Business) – The Covid-19 pandemic brought the economy to a screeching halt, and while it has started its long road to recovery, the economy we knew is probably a thing of the past, said Federal Reserve Chairman Jerome Powell on Thursday.

“We’re recovering, but to a different economy,” Powell said during a virtual panel discussion at the European Central Bank’s Forum on Central Banking.

The pandemic has accelerated existing trends in the economy and society, including the increasing use of technology, telework and automation, he said. This will have lasting effects on how people live and work.  —read more—

Penn Jillette: “You have one job, Joe” | CNN

CNN | Penn Jillette: “You have one job, Joe”

Okay, so it’s not over, there will be court fights, but Joe has won. I used to identify as Libertarian, I used to have opinions on government. I used to think I disagreed with Joe Biden on most everything, but I voted for him. I wanted the other guy fired and I wanted Joe hired and for me the job description is now very simple. I need Joe to love all the Trump supporters. I don’t care if Joe raises taxes. I don’t care if Joe helps add stupid, counterproductive regulations. I don’t care about anything except love and kindness.  —read more—

Columbus, Ohio (CNN) — Military museums across the United States and around the world often offer visitors glimpses of world wars, commemorating the men and women who sacrificed their lives for their country.

The National Veterans Memorial and Museum has a broader goal: to represent veterans — not just war.

War stories are present, of course, but they aren’t primary. Instead, there’s attention given to the decision to serve, training and boot camp, the sacred oath, deployment and personnel roles, separation from friends and family, survival, sacrifice and homecoming.  —read more—

(CNN) – President-elect Joe Biden has pledged to reassert the United States’ leadership role on the global stage through a series of day-one executive actions that would mark a drastic turn from outgoing President Donald Trump’s policies.

Now that Biden has defeated Trump, his transition team is beginning to turn his campaign-trail promises into plans he can implement early in his presidency.

Biden’s first focus is likely to be the worsening coronavirus pandemic. He is set to name a 12-person coronavirus task force on Monday, two sources with knowledge of his plans said. Biden also said during the campaign that he will speak with Dr. Anthony Fauci, the government’s top infectious diseases expert, before taking office.  —read more— 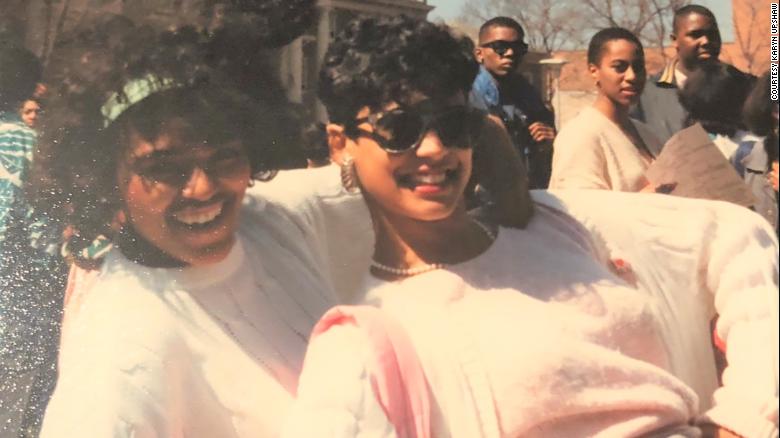 (CNN) – Michelle Arrington was on a plane headed to a beach reunion with her Alpha Kappa Alpha Sorority sisters Saturday when American history happened.

The Atlanta lawyer said she switched on her cellphone when she landed in Richmond, Virginia, saw a stream of 72 messages and “I thought ‘it has to be it.’ ”