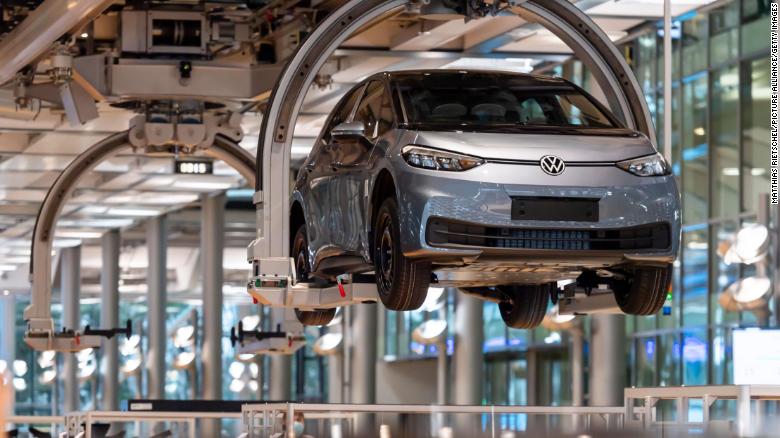 London (CNN Business) – Tesla knows all about how to disrupt an industry. It may soon find out what it’s like to be on the receiving end.

After years as the undisputed king of the electric car, Tesla (TSLA) could be matched sale for sale by Volkswagen (VLKAF) as early as 2022, according to analysts at UBS, who predict that Europe’s biggest carmaker will go on to sell 300,000 more battery electric vehicles than Tesla in 2025.

Ending Tesla’s reign would be a huge milestone in Volkswagen’s transformation into an electric vehicle powerhouse. Badly burned by its diesel emissions scandal in 2015, Europe’s largest carmaker is investing €35 billion ($42 billion) in electric vehicles, staking its future on new technology and a dramatic shift away from fossil fuels.  —read more—

Anne Lacaton and Jean-Philippe Vassal, known for transforming and revitalizing neglected buildings across France, have been named winners of architecture’s equivalent to the Nobel Prize.

The duo, whose “never demolish” ethos has given new life to pre-existing urban architecture, will be awarded the 2021 Pritzker Prize at a ceremony later this year, organizers announced Tuesday.

Born in France and Morocco, respectively, Lacaton and Vassal met as students in Bordeaux before co-founding the Paris-based practice Lacaton & Vassal in 1987. Together, they have designed a number of major cultural and educational buildings, including the Nantes School of Architecture’s riverside campus, completed in 2009, and an ambitious 2012 expansion of the Palais de Tokyo art gallery in Paris, which saw the museum increase in size by 20,000 square meters (215,000 square feet).  —read more—

But, as ever, the music awards’ style was brighter, bolder and more colorful than most of its film and TV counterparts.

While many nominees watched from home, performers and award presenters arrived in person at the Los Angeles Convention Center. And they weren’t about to miss a rare opportunity for a red carpet moment.  —read more—

New York (CNN Business) – Excitement around 5G, and its promise of lightning fast download speeds and huge data capacity, has ratcheted up since the first 5G-enabled iPhone was released last fall. But the actual experience of 5G doesn’t always live up to the hype — not yet, at least.

This is partly because there’s been a lack of available infrastructure (called “spectrum”) needed to build fifth generation wireless networks that are both noticeably faster than 4G and widely accessible across broad geographic areas. That changed with the completion of the Federal Communications Commission’s latest spectrum auction last month, where carriers shelled out a collective $81 billion to get their hands on the crucial resource.  —read more—

In late February last year, Paris was quietly falling into the clutches of the coronavirus pandemic as packed runway shows took place at locations around the city during Paris Fashion Week. Event attendees joked uneasily about adopting the fashion cliché of air kissing, and applied extra lashings of hand sanitizer as they compared notes about who was being allowed back into the office or had been asked too quarantine at home “as a precautionary measure.” Despite it all, the event was largely uninterrupted and most attendees went about the business of fashion in what we now recognize as careless naivety.

A year on, and the event could not be more different. As is the norm across all the fashion weeks, the Paris shows were virtual, and international editors, journalists and buyers had to forgo their usual trip, watching the season’s latest presentations from home instead.  —more—

“George Floyd’s horrific death, witnessed by millions of people around the world, unleashed a deep longing and undeniable demand for justice and change,” Ben Crump, an attorney for Floyd’s family, said in a statement. “That the largest pre-trial settlement in a wrongful death case ever would be for the life of a Black man sends a powerful message that Black lives do matter and police brutality against people of color must end.”

The news comes as jury selection is underway for the trial of Derek Chauvin, a former Minneapolis police officer accused of killing Floyd, a 46-year-old Black man, in May 2020 by kneeling on his neck for almost eight minutes.  —read more—

(CNN) – Lou Ottens, the Dutch inventor of the cassette tape, has died at the age of 94, his family has confirmed to CNN.

They said the inventor died at his home in Duizel, the Netherlands, on Saturday. His cause of death was not given.

An estimated 100 billion cassette tapes have been sold worldwide, according to Philips, the company he began working for in 1952. Ottens also supervised the team that developed the compact disc (CD).  —read more—

When graphic designer Mike Winkelmann started producing a drawing a day in 2007, he was simply looking for a way to improve his art skills. At best, the resulting “Everydays” project would help him promote his freelance work, which includes creating concert visuals for the likes of Justin Bieber and Katy Perry. But selling the digital images was not on his mind.

This week, a compilation of over 13 years’ worth of the artworks, collectively titled “Everydays: The First 5000 days,” will sell for millions of dollars via Christie’s. With more than a day of the auction still to go, the highest bid sits at $9.75 million, putting Winkelmann’s name among some of the art market’s most valuable.  —read more— 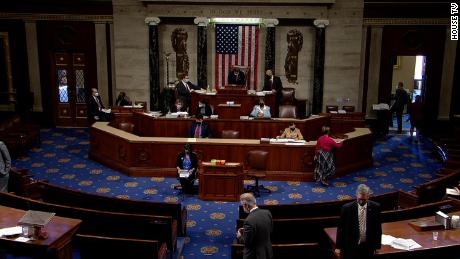 The $1.9 trillion stimulus package will deliver aid to most American households after Biden signs it.  —read more—

The breach is believed to have targeted hundreds of thousands of Exchange users around the world. Microsoft (MSFT) said four vulnerabilities in its software allowed hackers to access servers for the popular email and calendar service, and the company urged customers to immediately update their on-premises systems with software fixes.

Even the White House quickly got involved, and now multiple US government agencies also are investigating the attack.  —read more—