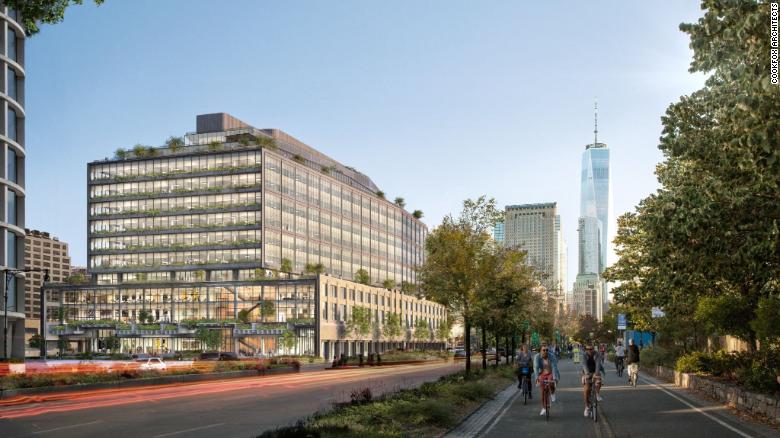 New York (CNN Business) – Google is dramatically expanding its office presence in New York City with a $2.1 billion purchase on Manhattan’s West Side.  The move comes even as the company embracing a hybrid work model because of the pandemic.  Google said Tuesday that the new office will be an “anchor” of its sprawling city campus that houses much of its 12,000-strong regional workforce. It’s scheduled to open in mid-2023.  The Wall Street Journal, which first reported the news, wrote that the deal is the most expensive sale of a single US office building since the onset of the Covid-19 pandemic, and ranks as one of the priciest ever in US history.  —read more—

China’s Evergrande puts on a brave face. But will Beijing bail it out? | CNN BUSINESS

CNN BUSINESS | China’s Evergrande puts on a brave face. But will Beijing bail it out?

Hong Kong (CNN Business) – Evergrande’s chairman promised his employees Tuesday that they will “walk out of the darkness” caused by the embattled Chinese conglomerate’s historic debt crisis.  But what happens next for the company is still anyone’s guess, and the lack of guidance from the company and authorities in Beijing about how the crisis will be resolved is creating uncertainty for investors worldwide amid fears that a collapse could slam China’s vast property sector and the global economy.  Xu Jiayin, the chairman of Evergrande Group, acknowledged in a letter to employees that the cash-strapped real estate developer “has encountered unprecedented difficulties.” The letter was published in the Paper, a state-owned Chinese media outlet, and confirmed to be genuine by an Evergrande representative.  —read more—

Formula 1 is set to abandon the MGU-H and delay its new engine ruleset to 2026 in a move that sets up a likely Red Bull/Volkswagen engine collaboration. In this video Scott Mitchell explains why Volkswagen appears more interested in F1 than it has in the past, and what could have convinced the existing manufacturers to agree to get rid of a key part of F1’s engines since 2014.   —watch video— 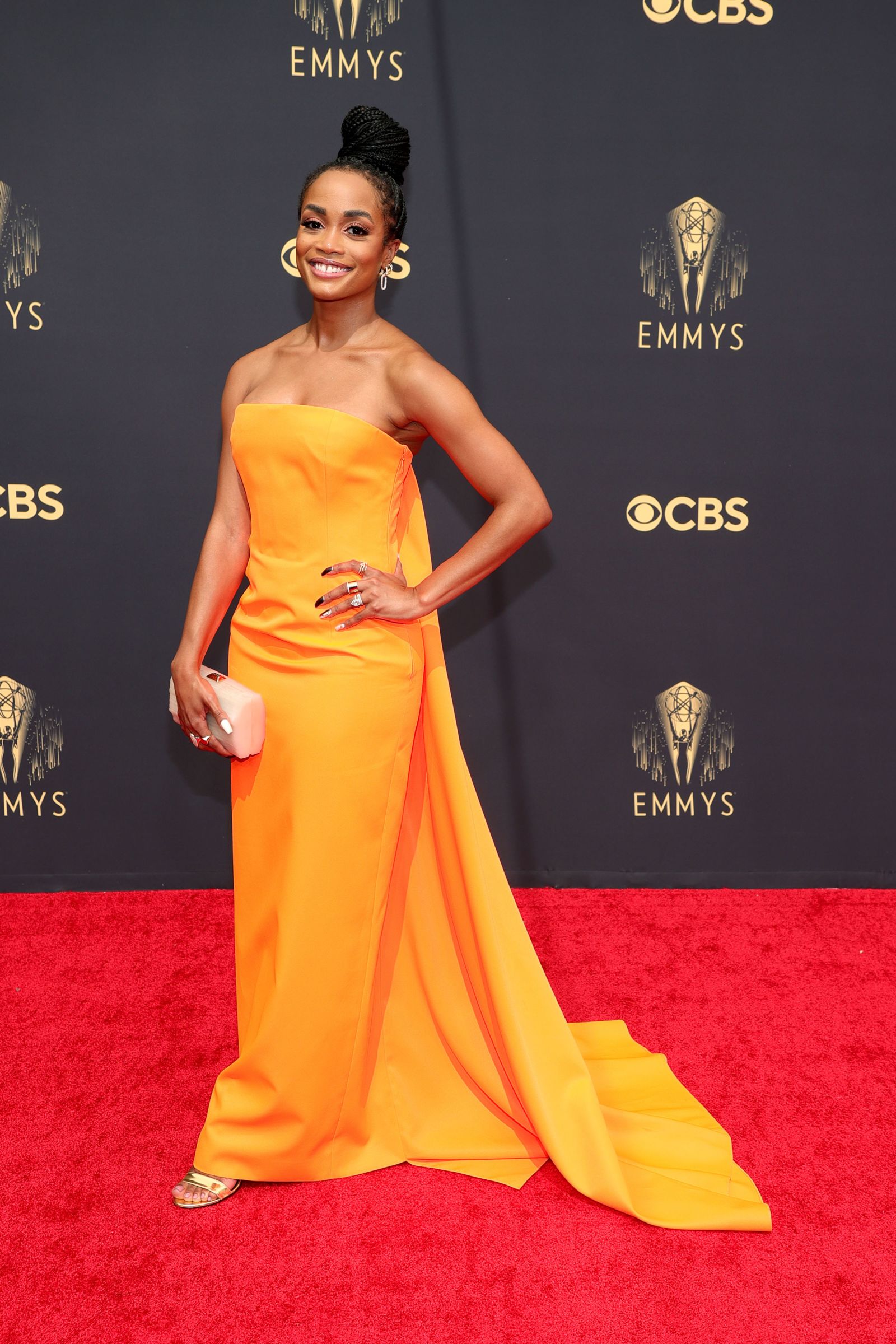 Celebrities showed off their red-carpet fashion before Sunday night’s Emmy Awards in Los Angeles.  Cedric the Entertainer hosted the event, which recognizes the best in television programming.  “The Crown” won the most awards on the night. The Netflix show finished with seven Emmys, including outstanding drama series. “Ted Lasso” was another big winner, taking home four Emmys, including the award for outstanding comedy series.  —read more— 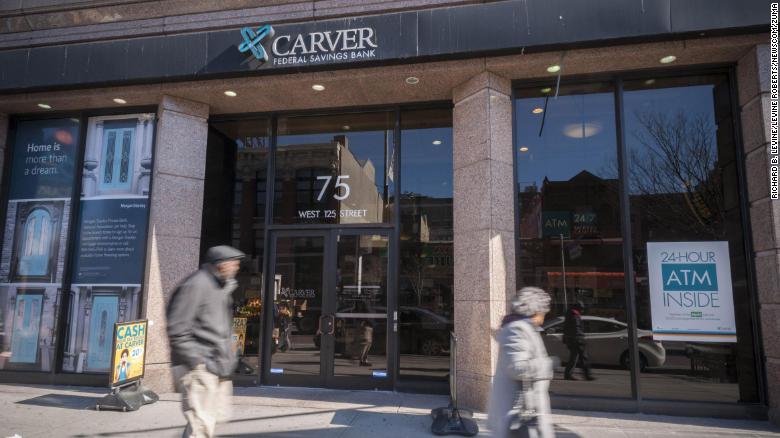 The 125th Street branch of Carver Federal Savings Bank in Harlem in New York on March 24, 2015.

New York (CNN Business) – The Federal Deposit Insurance Corporation on Thursday unveiled a new fund to increase investments made with the nation’s minority-owned and mission-driven banks, helping them expand economic opportunities in the communities they serve.  The FDIC said the Mission-Driven Bank Fund has raised at least $120 million since 2019 from a number of investors, including founding investor Discovery Inc (DISCA). and anchor investors Microsoft (MSFT) and Truist Financial Corp (TFC). Discovery is in the process of merging with CNN’s parent company, WarnerMedia.  Minority-owned banks — also known as minority depository institutions, or MDIs — and community development financial institutions, known as CDFIs, tend to operate in low-to-moderate income communities. They are often better positioned than mainstream consumer banks to fund projects and lend to the people who live there, according to the FDIC.  —read more—

General Sherman wrapped in foil to protect it from fire.

(CNN) — The world’s largest tree has been wrapped in foil to protect it against flames from a fire raging in California’s scenic Sequoia National Park.

The base of the General Sherman Tree has been wrapped in aluminum-based burn-resistant material, according to Sequoia and Kings National Parks.

The tree is 275 feet tall, and over 36 feet in diameter at the base, making it taller than the Statue of Liberty from its base to the torch.  —read more— 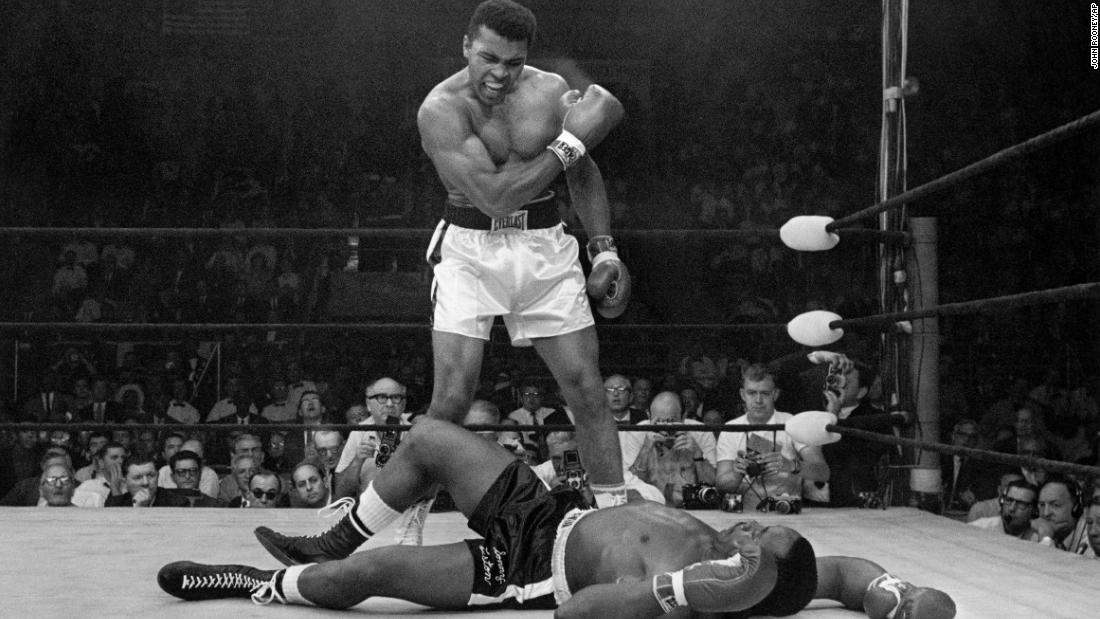 (CNN) – Muhammad Ali scoops up his baby daughter Maryum and explains a concept that she couldn’t possibly understand at such a tender young age: “Your daddy is fighting for you,” he is reported as saying in 1968. “Someday, you’re going to be able to walk with your head high and not beg for a job. And you don’t even know it.” 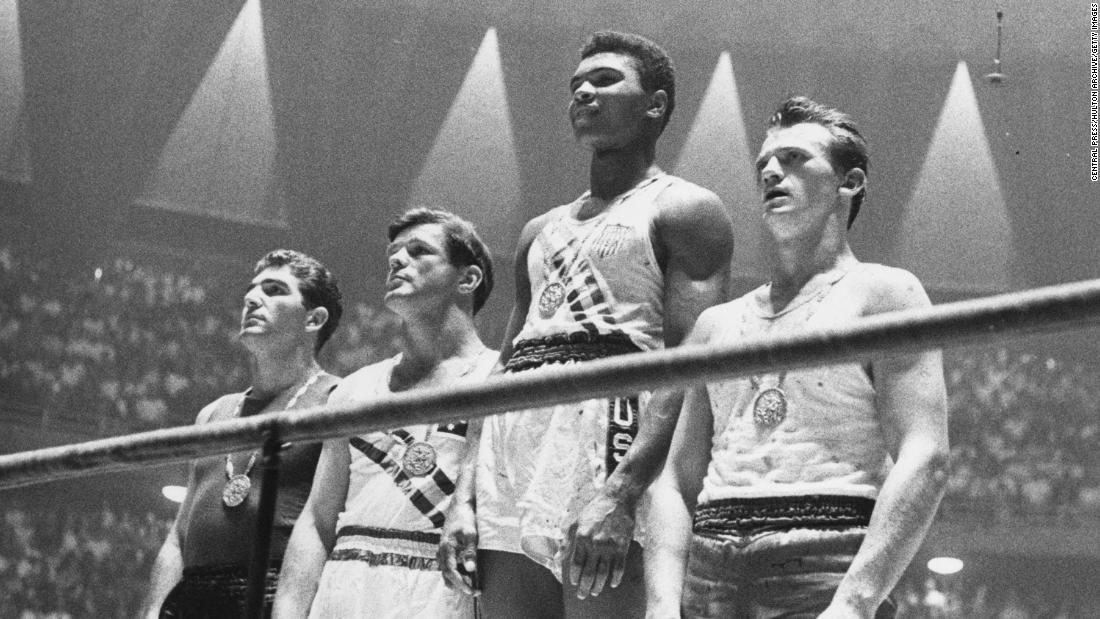 Between 1960 and 1981, Ali fought 61 professional heavyweight bouts in a glittering career that made him a global icon, but arguably his biggest fights were outside of the ring. His remarkable life story is once again in the spotlight, the subject of “Muhammad Ali” — an expansive, four-part, eight-hour documentary by the renowned filmmaker Ken Burns, airing on PBS.  —read more—

Mega mansion once worth $500 million defaults on $100 million in debt, forcing a sale | CNN BUSINESS

CNN BUSINESS | Mega mansion once worth $500 million defaults on $100 million in debt, forcing a sale 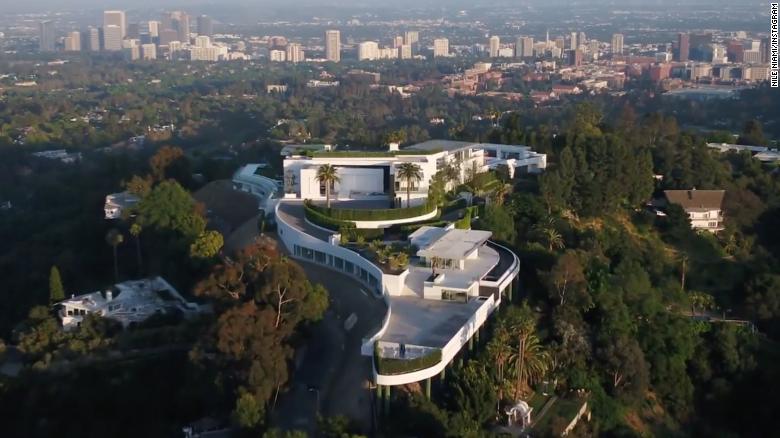 A gargantuan residence in Los Angeles dubbed “The One” by its developer is now on track to be sold after the owner defaulted on more than $100 million in loans and debt, according to court documents.

In an Instagram post last summer, Nile Niami, the project’s developer, pitched the 105,000-square-foot home as having seven pools, a 50-car garage, a 10,000-bottle wine cellar and even its own nightclub. Promoted as being the largest and most expensive urban property in the world, “The One” was expected to come to market for $500 million, according to the video Niami posted on Instagram. But it suffered many delays and complications and now faces a court-ordered sale to pay debts.  —read more—

The Columbia in 1979, ready to fly piggyback on a Boeing 747, formerly owned by American Airlines (hence the livery). Some its tiles were damaged, as visible, during a previous test flight on the back of the plane. Credit: NASA

NASA’s first space shuttle was meant to be named Constitution — a nod to the United States Bicentennial that year. But a write-in campaign by “Star Trek” fans prompted President Gerald Ford to change his mind.

Instead, the orbiter was called Enterprise, like the TV show’s starship. That’s why members of the “Star Trek” cast and crew, including Nichelle Nichols, George Takei and Gene Roddenberry, could be seen among the crowd at the shuttle’s September 1976 unveiling.  —read more—

Five stages of grief, and how to get through them | CNN health

CNN health | Five stages of grief, and how to get through them 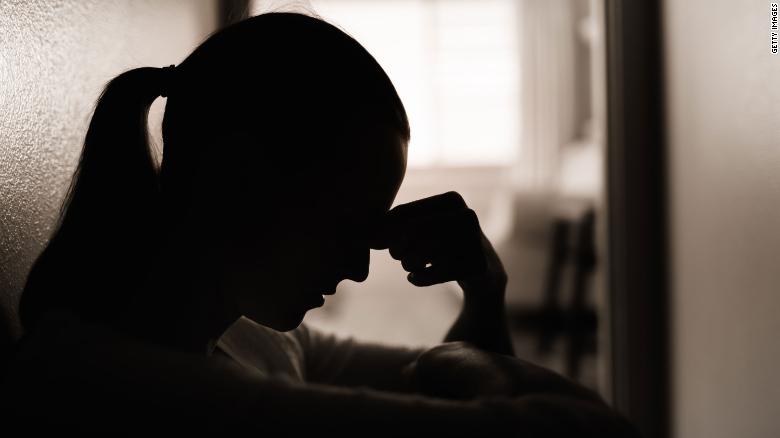 One way people cope, added psychologist Sherry Cormier, is by trying to find some sort of certainty. This need for structure is probably one factor behind the popularity that latched onto the “five stages of grief” over 50 years ago and hasn’t yet let up, said David Kessler, who founded grief.com, a resource aiming to help people deal with uncharted territory related to grief. Kessler coauthored “On Grief and Grieving” with the late Dr. Elisabeth Kübler-Ross.

A Swiss-American psychiatrist and pioneer of studies on dying people, Kübler-Ross wrote “On Death and Dying,” the 1969 book in which she proposed the patient-focused, death-adjustment pattern, the “Five Stages of Grief.” Those stages are denial, anger, bargaining, depression and acceptance.  —read more—