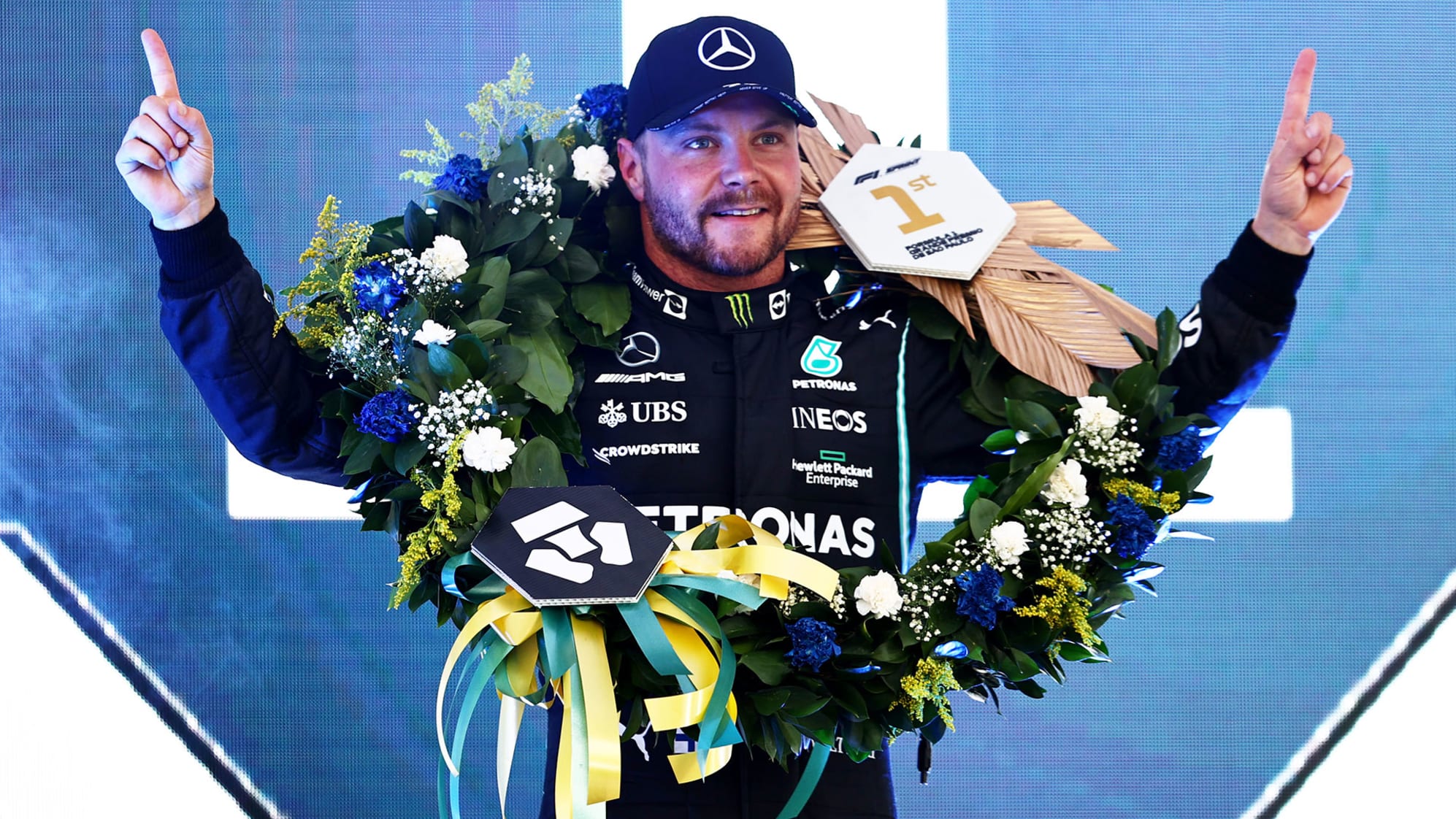 Valtteri Bottas won the Sprint in Brazil to take pole position for the Sao Paulo Grand Prix ahead of Max Verstappen and Carlos Sainz, as Lewis Hamilton recovered from last place to fifth with a scintillating drive.

Bottas, starting on soft tyres from P2, began with a huge launch off the line to pry the lead off medium-shod Verstappen, who went wide in the opening lap but rescued P2 by re-passing Sainz soon afterwards. As those soft tyres began to drop off, Verstappen closed in on Bottas but ended up 1.1s off the Finn for P2 at the flag. Sainz, meanwhile, held off Sergio Perez for the final point by a second.  —read more—