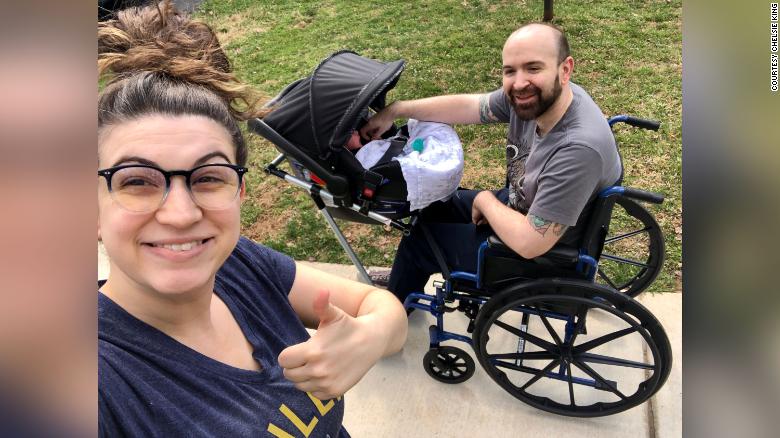 Chelsie and Jeremy King use the WheeStroll Wheelchair Stroller Attachment to take their baby Phoenix on a walk.

(CNN) – For many parents, taking their babies on a walk or cradling them to sleep is a blessing that’s easy to take for granted. But for Jeremy King, it’s something he feared he would never be able to do.

That was until a group of high school students in Maryland designed and built a wheelchair stroller attachment so that people with disabilities could walk their babies.

The idea was born when students at Bullis School, a private K-12 school in Potomac, discovered that one of their teachers was expecting a baby, and her husband, who had impaired mobility, may never be able to walk his own child.

In 2017, Chelsie King, a 32-year-old middle-school theater teacher at Bullis, had been engaged to her now-husband Jeremy King, 37, for only three months before they discovered he had a brain tumor. That October, he underwent an eight-hour surgery to remove it, and was left with a number of challenges, including an inability to balance. He was a nurse anesthetist who had traveled to Africa for medical missions before the surgery.  —read more—